CROSSTICK ALLEY – CATHERINE STREET IN THE LIBERTIES AREA OF DUBLIN

It would appear that the spelling has changed from Crostick-alley or Crostick Alley to Crosstick Alley.

I was aware of Engine Alley and Swifts Alley but until June of this year I was unaware of Crosstick Alley which is laneway off Meath Street. I photographed the Meath Street end in June 2020 but at the time I did not investigate the laneway.

This was a very deprived part of the city and there is a series of photographs taken by John Cooke in 1913 to illustrate the dreadful living conditions in Dublin, especially at or near the location shown in my photograph. With reference to poor housing on children, Cooke advised the 1914 Housing Inquiry: “In no city in these islands with which I am acquainted have the children such a freedom, I might say such possession of the streets, as Dublin. Many thousand little ones throng among the thoroughfares, under no control, running moral and physical risks; ill-clad, ill-fed, ill-taught, undisciplined, how can they become useful citizens, or fathers and mothers of healthy children, serviceable to State and race?” 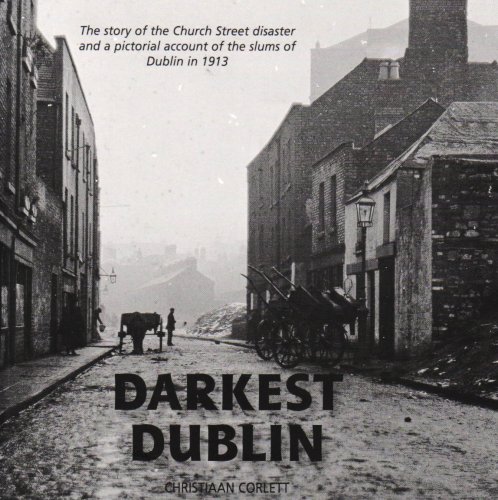 Darkest Dublin: The Story of the Church Street Disaster and a Pictorial Account of the Slums of Dublin in 1913
Price: $131.58