This church, not to be confused with the Anglican church on Church street, is located on Between North Anne Street Halton Street. The public park can be accessed via Green Street,Little Britain Street or Halston Street.

The church in my photographs was associated with the penal chapel of Saint Mary’s Abbey, and was the first parish chapel recorded in the city in penal times. Saint Michan’s Church forms a historic and visual focal point on Halston Street and to North Anne Street. The principal façade of St. Michan’s Church was completed on North Anne Street in 1817, containing an elegant Georgian winged staircase, which is of significant architectural interest. The church was built before the advent of Catholic Emancipation in 1829, and so historically is an important example of an early-nineteenth century Catholic church. 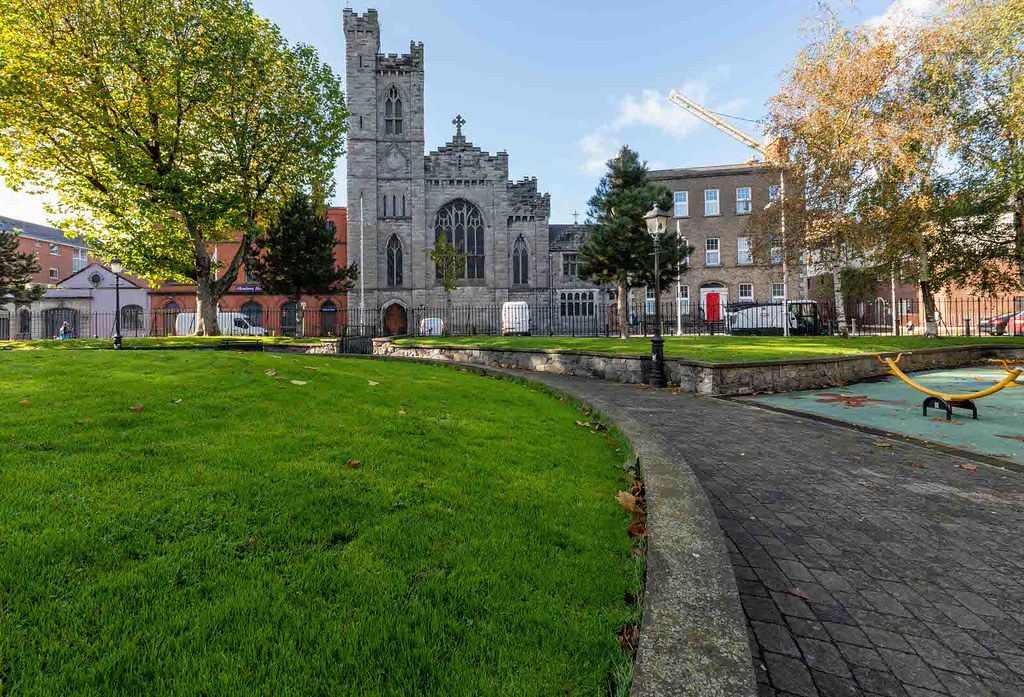