MR DINH IS NO MORE FROM SATURDAY 2 NOVEMBER 2019

I have been a regular customer since March 2015.

This excellent restaurant actually closed on Sunday [rather than Saturday] but it is possible that they could reopen at a different location at some later date. There is also a possibility that a new restaurant will open at the same location at some future date.

My birthday is on New Years Day and as I will be 70 [I hope] I decided to organise a meal for myself and my friends at Mr. Dinh on Capel Street. I visited the restaurant last Friday and when I asked to make a booking I was informed that the restaurant would close on Saturday.

I am really sad. This restaurant started out as a Vietnamese Restaurant and it was excellent and over the years I gained many friends but most of them eventually returned to Vietnam. One of them is getting married tomorrow in Vietnam, she and her husband [to be] went on to work for a well known Multi-National but decided to return home in order to progress their careers.

As the Hanoi Hanoi it was considered by many to be the best Vietnamese restaurant in Dublin, but over a period of time it changed name a few times. Late in 2017 it became Mr. Dinh offering a number of Asian styles but it was essentially a Hong Kong Chinese restaurant and it became one of the most popular places for Dim Sum in Dublin [served from 12 to 4:30 every day].

The unique culinary art dim sum originated with the Cantonese in southern China, who over the centuries transformed yum cha from a relaxing respite to a loud and happy dining experience. In Hong Kong, and in most cities and towns in Guangdong province, many restaurants start serving dim sum as early as five in the morning. It is a tradition for the elderly to gather to eat dim sum after morning exercises. For many in southern China, yum cha is treated as a weekend family day. More traditional dim sum restaurants typically serve dim sum until mid-afternoon. However, in modern society, it has become commonplace for restaurants to serve dim sum at dinner time; various dim sum items are even sold as take-out for students and office workers on the go. 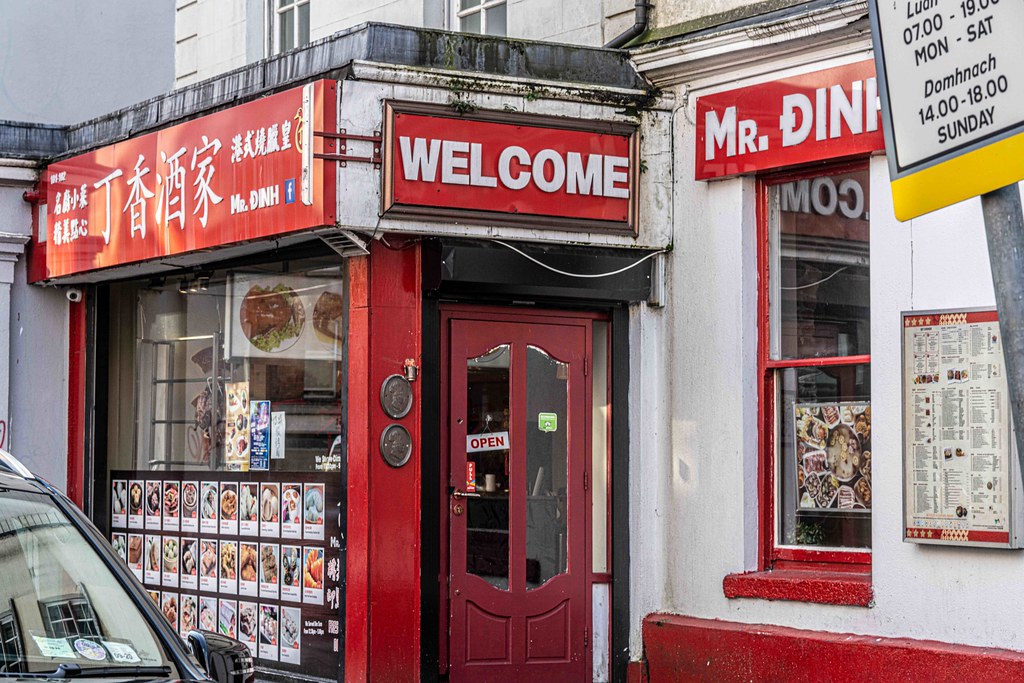