The James Joyce House of the Dead in Dublin was the setting of Joyce’s famous story “The Dead”. The house is [was] available to rent for any event, party, business meeting, wedding, dinner or wake. There is [was] also a contemporary art gallery in the house where regular exhibitions take place.

It is interesting to note that there was a proposal by Dublin City councillors Dermot Lacey and Paddy McCartan to transfer the remains of James and Nora Joyce from Zurich to Dublin as a way to celebrate Joyce as we approach the centenary of the publication of Ulysses death.

The house of The Dead at 15 Usher’s Island is now under threat. To put things in context it should be mentioned that 7 Eccles Street disappeared in the 1960s while the Ormond Hotel Bar and Barney Kiernan’s pub on Little Britain Street are also gone.

The bad news is that the setting of Joyce’s universally acclaimed short story now risks destruction following the application from the developers, Fergus McCabe and Brian Stynes. The plan is gut and redevelop the “protected structure” as a 56-room hostel with a four-storey extension at the back.

This late eighteenth-century house shown in my photographs was built for Joshua Pim, a grain merchant. In the 1890s it was the home of James Joyce’s grand-aunts and was the setting of his short story ‘The Dead’. It was used in 1987 by John Huston as the set for the film version. Its proportions and decorative door-case are typical of Dublin Georgian townhouses. Together with numbers 12 and 14 it contributes positively to the historic character of the south quays, occupying a prominent position which closes the vista from Blackhall Place and the James Joyce Bridge. It has been recently restored, and its top storey reinstated.

Back in September 2016 Ushers Island was rated as the ugliest part of Dublin. According to architect Motti Ruimy and urban planner Paul Kearns, authors of Redrawing Dublin [amzn.to/2CbNCGU], the ugliest ares are the Usher’s Island-Bridgefoot Street area, Cork Street and the Coombe. 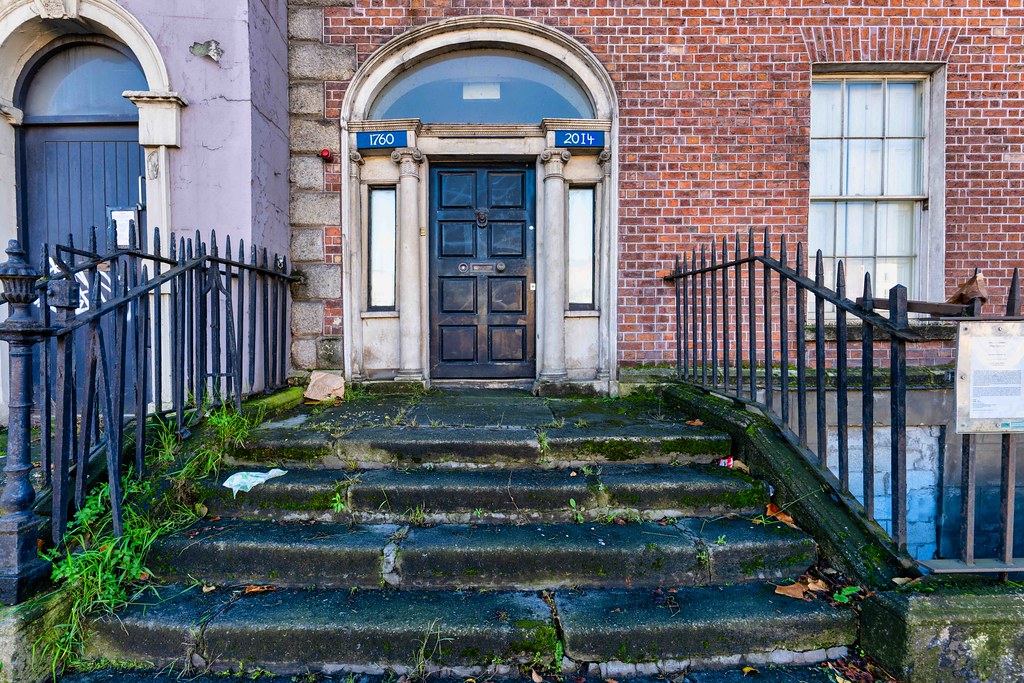